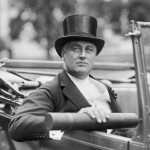 To speak of the New Deal as a huge qualitative leap in the development of capitalist institutions – a leap that, precisely because it functions at a crucial point in the plot of capitalist society at a global level, has itself a special historical importance – seems to be a statement by now generally taken to be wholly correct. The matter was already settled in the mind of its greatest protagonist and in the ideology created around him that enthusiastically founded the “myth” of the New Deal’s “revolution”; and, if every myth must have a real justification, this one lay in the effective dismantling of the system in the rapid course of a decade. No less significant, at this level, is the bitter opposition from various positions that the New Deal came to provoke; these were attitudes that then, and not accidentally, flowed back against it in a wide underlying consensus. 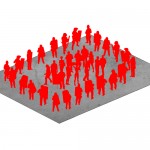 As the last vestiges of the welfare state all but disappear in the UK, we are faced with the paradoxical situation of those most opposed to “the state” (either as anarchists or as revolutionaries committed to its “withering away”) being forced to defend elements of it against those who are in the process of privatizing it into oblivion. Of course “the state” is not simply a vanishing safety net or a real but ignored set of obligations, but also prisons, police, courts, and multiple other forms of coercion, punishment, control, and violence. Can we defend the “good state” against this other one without falling into political contradiction or practical confusion? Can we separate out the state and capitalist production?