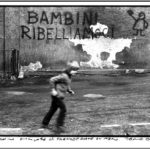 “Communism for Kids” was written during the so-called “end of history” — the historical epoch between the fall of the Soviet Union and the rise of the Arab Spring. A period of intense fragmentation of the Left, this was when the anti-globalization movement mobilized around the slogan, “another world is possible.”