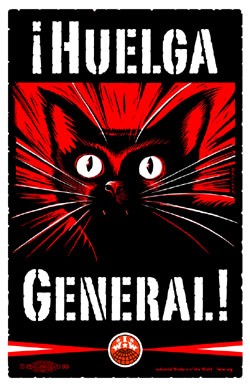 Dismantling a public education system in a country with strong background of political struggles requires a mitigated form of neoliberal strategy. Shutting down a whole language department, which is happening at SUNY Albany, is something you can do in certain areas of the United States. But it is a whole different story in a hot and participatory place like Italy. In a situation where active unions and a strong popular movement still have a say in public policies, one cannot launch a blitzkreig. What is needed is a longer and murky war of position. Thus various center-right governments, with the complicity of the center-left, embarked since the 1990s in a long-term project that aimed at progressively cutting off key resources from public education (while financing the private Catholic sector) so that the whole edifice would eventually crumble under the weight of its own (apparent) contradictions. At that point, they simply need to suggest that the public system is inefficient and ultimately unproductive and voilà! Who could deny the crude reality of the fact?

If the Italian peninsula displays the last stage of this drama, a similar – yet perhaps more rapid – operation has been carried out in Puerto Rico in the last three years. Between 2009 and 2010, I observed this operation as a new professor at the University of Puerto Rico. The new right-wing governor, Luis Fortuño, initiated the process I had already seen completed in Italy by frontally attacking the lower classes, the true source of his opposition. This happened through the infamous Ley 7 that fired about twenty thousand public employees in a matter of a few months. In 2010, the time was ripe to begin grinding down the public university system, one of the largest public sectors on the island and the last stronghold of a once fertile tradition of pro-independence and socialist thought.  With the drastic reduction of state support for the university budget, the true revenue for higher education in Puerto Rico, the newly appointed bureaucrats (all political nominees) enforced draconian measures that crippled the institution. Tenure-track promotions were frozen, funds for research eliminated, contributions from the employer to pension funds were slashed away. After the technocrats sampled the weak response of their opponents – the professors – they hit the toughest contingents: the university maintenance workers, and students.

Employees of the university responded with a series of limited mobilizations. In the spring of 2010, students instead opted for an indefinite strike.1 The most controversial point, a matter that unified students in their fight, was a proposal to levy an additional yearly tax of eight hundred dollars for enrollment (the so-called cuota). The measure was presented by the president as the essential step to save the university from bankruptcy, but while the budget kept on shrinking in the following academic year, the university also refused to open its books and show how and where it was using the remaining funds graciously made available by the state. The reactions to these unfair and discriminatory actions were immediate. The strength of the response was especially noticed in a traditionally conservative campus like Mayagüez – the technological pole of the University of Puerto Rico. Ignoring the most politicized wing of the student body, who boycotted the referendum in fear of manipulations by the administration, the majority of students cast their ballot in favor of the strike three consecutive times. 2 A felicitous case of popular outflanking of one’s own political avant-garde, the one-month-long occupation of the Mayagüez campus left a permanent memory in those who participated in it. Pickets were organized so that ongoing activities were taking place at all time during the hot days of the protest. Participants caught a glimpse the true meaning of a general strike, the moment when social norms and masked forms of oppression break down, making room for new modes of conviviality, where a gratuitous kind of social unity proliferates.

And yet, in the best Italian tradition, during that summer the university administration staged a treacherous coup de théâtre: it accepted the conditions of the Student National Negotiation Committee, declaring the rejection of its increase in tuition, only to enforce it a few weeks later when students had returned to the classroom.3 It was a perfect maneuver, which used trickery to spread a sense of impotence among the movement. Only in the main campus of San Juan did students deploy a vigorous and continuous opposition. But as the university – notwithstanding the opposition of the president, José Ramón de la Torre, who on this account later resigned – militarized the campus the movement lost that widespread mobilization that affected the whole island only few months before.4

Meanwhile, the ones who could have replaced the students, keeping alive the hope for an opposition against the destruction of higher education in Puerto Rico – the professors – remained silent. During the occupation, a minority of professors with ties to the union (APPU) actively supported the student movement. But as students were defeated, they had gained no consensus among the rest of the faculty. And yet the latter had every reason to protest, for beyond the serious impact these policies had on instruction, the faculty could also notice how former colleagues were rapidly disappearing while classrooms began to overflow. Those who had a market fled the island, but others, mostly holding temporary positions, vanished as the 2010-2011 academic year began. In the following months, the next most vulnerable component of the teachers’ workforce, international professors, was targeted as the usual procedures for working permits became almost impossible to complete. Here the most astonishing confirmation of the power of ideology took place. Although the large majority of the teachers, independently from their political affiliation, were affected in one way or the other, they kept silent and went about their business as usual.

The background of the teaching body at the University of Puerto Rico is significant. We could divide up faculty in three large sets. The first one is composed of Puerto Rican nationals, as well as Latin Americans and Europeans, who obtained a PhD. in the United States. Here is where the students enjoyed the strongest support. A consistent number of these intellectuals infused the body of theoretical knowledge accumulated in the best North American institutions with the praxis of the decades of struggle at home. Obviously, not all of them were so devoted to the cause. A consistent part of this group was also either cynically refusing any form of alliance with the students on account of some higher and more intellectual superiority, or was implicitly supporting the government. Among these individuals the new cadres of the university bureaucracy were selected; they zealously followed the prescriptions of the administration, opting out of what was left alive in the university.

The second ensemble groups US professors who were catapulted into an unfamiliar reality that remained foreign to them – although they usually operated in it quite effectively, at least from an educational point of view. Though the majority felt like they were living in another country, they usually denied that this territory is in fact a colony with specific tensions and responses in and to social fights. Moreover, accustomed as they were to the costs of education at home, these professors saw no problem in the imposition of the cuota. Overlooking at the disparity in incomes between Puerto Rico and the US, they at best adopted a classic defensive corporatist position tacitly supporting increases in tuition in the interest of the institution. This form of ideological preclusion prevented them from reading the complexity of the issues at stake, which also affected them as part of that community. They channeled their discontent into the usual reproach of Puerto Rico as just another Latin country, where corruption, bureaucracy and protest culture jam the whole social system and make it inefficient and chaotic. Only a few of them, those who knew their history and possibly lived through similar colonial dynamics in the US, avoided this ideological blockage and joined forces with the student movement.

The last group is formed by personnel trained in the former motherland: Spain. Although the Puerto Rican political elite holds the precious fruits of the Spanish academia in high regard, it recently had to realize that Spanish universities no longer produce the highly conformist generations of graduates they used to hurl out under Franco. Support came also from this new and energetic guard of professors, but it was not strong and pervasive enough to win a majority among the faculty.

To be sure, the rigid university hierarchy is very resistant to change, and has so far neutralized any reactions to the current situation. Divided by national differences and stubborn ideological occlusions, the majority of the teaching faculty is unlikely to take any collective step to protect their institution. As the administration rapidly saws away at the branch they are sitting on, along with any future safety net – the employees’ retirement plan recently came under government’s attention as well – they passively wait for a new election. Little do they know that freedom is something you gain, and that you have to defend day by day. It will not be an illuminated sovereign who will reestablishes peace and prosperity. It will be up to the students, instead, to rise again, and, if not defeat the government neo-liberal agenda, at least establish firm conditions for the new government (whatever it will be) to preserve the common good of their university.

1. The strike was supported by the Professor’s Association (APPU), the so-called Hermandad (university maintenance workers) and other unions such as Puerto Rico Federal Affairs Administration and the independent union of the authority of public buildings (UIAEP).

2. Following the no-confrontation policy that is enforced in the university system after the bloody confrontations of the 1970s and 1980s, the University of Puerto Rico grants that if one of the major three branches (the faculty, the student body or the employees) calls for a strike, campuses shut down and classes resume only at the end of the strike.

is the author of Biopolitics and Social Change in Italy: From Gramsci to Pasolini to Negri (Palgrave, 2011). He is assistant professor of Italian at Colorado College. Between 2009 and 2011 he taught at the University of Puerto Rico, Mayagüez.