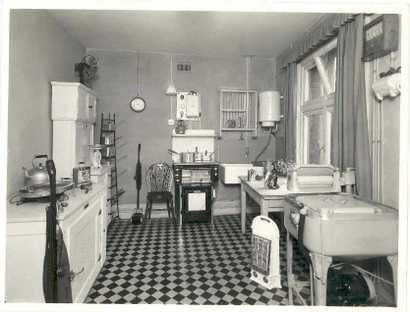 “Should work, then, have a sex? Absurd question. Everyone knows it has existed only in the masculine [form], in sectors where activity is carried out by men. No work elsewhere, and no women in work. What remains, of course, is to settle the question of a few million ‘actives’…”2 And so is introduced The Sex of Work (Familial Structures and the System of Production), pub. by PUG, 1984, by the authors themselves: a large group of researchers who found themselves over the course of the previous year in the most diverse spaces of debate: from the conference Women and the Working Class (Vincennes, December 1978); to their days at the Société Française de Sociologie on The Familial Institution and Women’s Work (Nantes, June 1980); to the conference of the Centre Lyonnais d’Etudes Féministes on Women and the Question of Work (Lyon, December 1980); and finally to the research seminar of the Unité de Recherche et d’Etudes Sociologiques, Division sociale et sexuelle du travail, on Women’s Work, Paid Work, Domestic Work (1980-81-82), resulting directly in the formation of this group.

Drawing upon their own intellectual and existential resources, their own claims to both feminism and a succession of the most institutional of initiatives, the group finally formed at the Tenth World Congress of Sociology (Mexico City, August 1982), expressing the desire to promote research centered on the simultaneous analysis, for both men and women, of the situation of work and family. This book represents the bulk of the communications presented in Mexico City and constitutes a first tangible, visible step of the experience of the group, a moment in its life.

Women, researchers, feminists, in an institutionalized group with a research topic both precise and isolated from the traditional scientific context, with the palpable need to find new methodologies, new avenues, of reconstructing the subjects in their entire form, the same subjects that in traditional science become chopped, mutilated, seen in quantity and without quality. And this in “science,” to impose a new “scientific” point of view that concerns women and their work, the sexuality of social relations as an “existent.” As a method, bringing scientists together from different disciplines and different “schools” (although here we limit ourselves to the social sciences) is nothing new: interdisciplinary research in the humanities has been fruitful in various fields. But the novelty lies in the fact that it is the woman-subject that is studying the woman-object. And the effect this produces is that it seems the very object of the research floods the limits traditionally imposed, reaching into current methodology, finding itself within strict definitions of use. The very definition of the field research requires different means of approximation, as if one were to turn on different lights rather than just one to identify the road ahead, the contours of the object to be studied. And sometimes it is right at the intersection of two distinct fields, in the area of existing sociological frameworks, that the object of examination is found. As Martine Chaudron says about her research, “The object – the social trajectories and the familiar strategies of reproduction, the one and the other sexed – has been constructed on the intersection of two fields, that of social mobility and that of the family; it [the object] can’t exist sociologically outside of the problem attempting to articulate and hold together the sexual and social divisions of work with social relations of sex and class.”

And this permanent preoccupation with identifying the relations between the sexes as social relations is important, in order to exit the fixity of roles, totally determined and hierarchical: “That which is important in the notion of social relations – defined by the antagonism of social groups – is the dynamic that it introduces.”

The form that attempts this mode of stating, of seeking, of pointing towards a sexualization of social relations that does not signal a marginality, but is in recognition of an existing injustice, to be changed, requires an adjustment to a new vision of reality, and to do this demands a difficult but necessary innovation of tools. And then the interest to depart from traditional methodologies that have always made the study of women subordinate.

For example, as well stated in the general introduction: “The dominant discourse on work continues to function as an implicit model: the male worker, neither too young nor too old, light-skinned, clearly. In short, the ideal type! All the rest are not specified. And so that the family remains the essential starting point of analysis for the professional activity of women; as if their work situation results solely of the obligation (real or symbolic, material or ideological) imposed upon them to take on the bulk of family responsibilities.” “Maternity renders suspect the professional qualities of women”: and then, to remove this suspicion, they must “act like a man,” or not have children socially. And this, only for women. Because however the worker conforms to the norms of work is as a non-parent. But the non-parent as an absolute, the privileged worker, is the father with a family to provide for, but without the responsibilities of a family. This burden is placed on the mother, so that it becomes non-compliant to the norm and – perfectly squaring the circle – justifies her professional stagnation, her non-career with the same motives by which it promotes “the man of the house.”

In economics, sociology and the other humanities, the social inferiority of women is due to the mechanisms of marginalization suffered by this sector of the population, most unarmed for the labor market. So women would constitute, as the young or the old, as immigrants or the handicapped, a marginal group, non-competitive. In other words: because of their family responsibilities, women face obstacles, and therefore require assistance in order to be able to work, given the parameters of work hours, vacation time, and pensions.

Conversely, when it comes to studying the work of men, there is no reference to their marital status, nor to the size of their family (number of children, etc.), nor even to the professional activities of their wives. Only women are enlisted to a family, only men to their posts in the work world; women are inactive and men are without family. So, a joint approach to the familial structure and the productive system that is not the superimposition of one sector on the other is sought.

It is by the denunciation of the invisibility of domestic work in sociological and economic analyses that feminists have introduced a decisive break. The analysis of domestic work and relations between the sexes has signified new approaches in respect to social relations and women’s work. We no longer consider the study of relations between the sexes as confined to the family, but rather, merge all the inter-dependencies between housework and professional work.

And all of this within a constant: the critical analysis of science constitutes the insufficiency of the various disciplines, their blind spots.

So these researchers contest research (and methods) based on the distinction between productive work and reproductive work, where the participation of women in “productive” work is not analyzed as such, but as a particular of a general, masculine model. And the overtaking occurs in the simultaneous analysis of production systems and family structures. The rejection of the production/reproduction dichotomy, and, to its contrary, the study of their interrelations, necessarily implicates the acceptance of key concepts, which I briefly define here from the text:

It is from these base concepts, these general agreements, that the itineraries of each researcher become the heads of rams with which this group attempts to break down the social sciences building, little by little, at different levels. Already the critical reading of the statistics of social mobility (generally sexed in terms of the masculine model) is further enriched by qualitative methods (surveys, interviews, biographies, genealogies) of identifying the social trajectories of men and women.

The simultaneous study of production and reproduction necessarily involves the construction of new terrains, cutting across traditional disciplines. And again, all of the more secure concepts should be reconsidered: from, for example, the sexual division of work as a given, it is obvious that the concept of the social division of work itself should be called into question. “To state, as we do, that work has a sex and that therefore the division of work is also sexed, has effectively subversive virtues”.

And it does not end with the book, because this group continues to work together at an annual seminar (1984-85) called Production/Reproduction Workshop (presented at PIRTTEM). They continue the hard work of researching, defining a subject, woman, at full length; of removing the veil of invisibility, of renewing the ties between the visible and the hidden, between the important and the disregarded.

A short digression: already many passes have been made in an attempt to untie the Gordian knot of the relationship between production and reproduction, for example by studying “in continuum” the two phenomena, thus defeating the acquiescent acceptance of inequality, attributed to the natural order of things.

Is it not possible to venture further? Why not attempt to establish a completely new method of investigation, that has reproduction as its epicenter, its quality, in which commodities and their production result in some subordinate way, objects of an external strategy; and inside this grid interpret the struggles, find again the real subjects, interests, the same recent history of the development of capital and of its institutions? Is it too much to propose a scale of values, even in research, less subordinated to the values of the capitalist mode of production (and I insist that it is already a lot to have even changed the composition of the field of investigation by interweaving the problem of reproduction)?

A woman-science that articulates itself on (being directly from) an imposed and not chosen terrain, that is the terrain of reproduction – might that therefore be a subordinate science?

But I don’t want to cast aside other budding ideas that need the soil of collective debate to grow. In every case, the very existence of this group of women-feminists-researchers, of a new rigorous and effective style, requires the assumption of a new point of view, marking a point of no return.

All women, researchers, teachers, who work on a topic concerning women, and thus on an issue that directly concerns them, have often seen, at some time or another, their results affected by derision, or else by invisibility. Already the fact of “trying to remain in touch with our similarities in the world” (see Sottosopra [Upside Down], More Women Than Men) “by weaving a web of preferential relationships between women, where the experience associated with being a woman becomes stronger in mutual recognition by inventing ways to translate it into social reality,” is a mode of existing and creating the strength to impose their own ideas. When, then, this also serves to invent new tools with which to understand and analyze the reality that surrounds us, and from this perhaps the strength and courage to change it, we get the impression that something is moving in the right direction, that concrete possibilities reopen.

1. I would like to thank Andrea Righi for his invaluable advice; any errors in translation are my sole responsibility. All notes are the translator’s.

2. The authors of The Sex of Work use “actives” in this case to refer to the four out of ten workers that are women, and as such, are “lost” or not accounted for outside of the domestic sphere. The economic term “active population” refers to all persons legally able to perform work, and corresponds to a country’s labor supply.

is associate professor at the Faculty of Political Science, University of Padova.