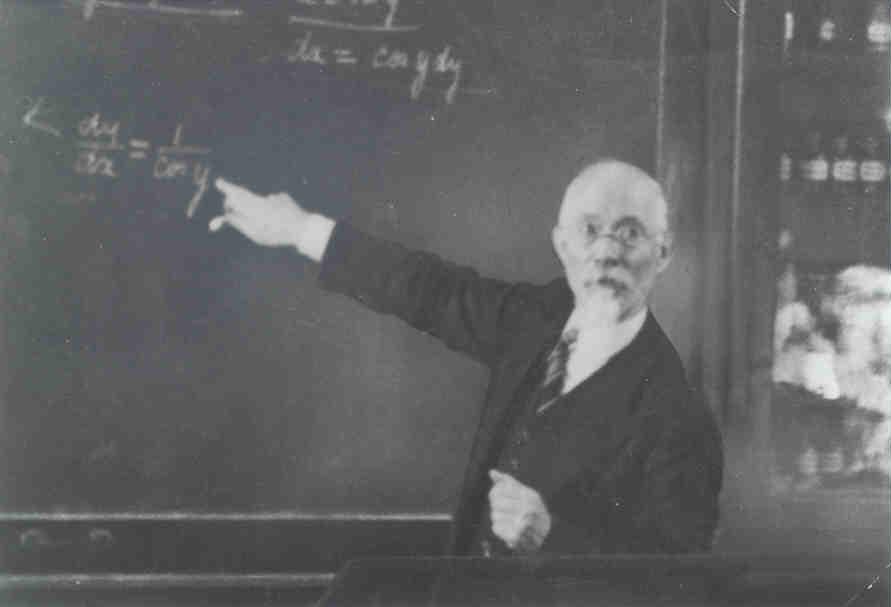 These two letters represent a continuation of the correspondence between Cornelius Castoriadis and Anton Pannekoek, translated in our first issue with a historical introduction. Another analysis of these letters, by Christos Memos, is available free online in Critique: Journal of Socialist Theory. The French versions are reproduced within the account of the correspondence at mondialisme.org. Here Castoriadis and Pannekoek discuss various publication issues, but also continue their exchange on the political themes introduced in their previous letters, especially the nature of the party. Pannekoek ends with a surprising anticipation, in 1954, of the anti-war movement and the New Left. We would like to thank Steve Wright for bringing these letters to our attention. —Asad Haider and Salar Mohandesi.

Excuse me for responding a bit late to your letter of June 15; I was away from Paris and I wanted to respond to you after a discussion with the comrades in our group. Meanwhile, I also received your letter of August 10, with the article on Marxist “ethics,” which we have also discussed.

Concerning your June 15 letter, we have unanimously decided to publish it in the next issue (15) of Socialism or Barbarism. It can certainly help readers to better understand your point of view, on the question of the party as well as on the character of the Russian Revolution. As for me, I don’t think I personally have to add anything important to what I wrote in number 14. I would just like to bring to your attention that I have never thought “that we could defeat the PC [Communist Party] by copying its methods,” and I have always said that the working class – or its vanguard – needs a new mode of organization, which corresponds to the necessities of the struggle against the bureaucracy, not just the external and realized bureaucracy (that of the PC), but also the potential interior bureaucracy. I say: the working class needs an organization before the constitution of councils; you respond: it does not need an organization of a Stalinist kind. We are in agreement, but your thesis requires you to show that an organization of a Stalinist kind is the only realizable organization. I think anyway that on this terrain the discussion can’t go much further; I intend to take up the question starting with the text “Intellectuals and Workers” which was published in number 14 of Socialism or Barbarism, and I hope to be able to publish an article on it in number 16. I dare say that at this moment we will be able to take up the discussion in a more fecund manner.

As for your article against Rubel, we thought that it would be very difficult to publish a critique of a book which has not yet appeared in public. Rubel’s thesis really only exists as a typed manuscript, the public (including us) only knows it from the report done on it in Le Monde, by Jean Lacroix if I’m not mistaken, who must have only attended the oral discussion of the thesis on the day of its defense, and not really read it; in any case, it seems to me difficult to do a critique of a book from a newspaper report. It is true that Rubel has already revealed his conception, which as you very correctly say is not new, in his introduction to Marx’s Pages choisies [Maximilien Rubel, Marx: Pages choisies pour une éthique socialist, M. Rivière, Paris, 1948]; but, since he takes the trouble to write a book on the question, people rightly think that we should wait to see the development of his position and the arguments that accompany it. Since for the moment, we are practically going to battle over a vocable… We ask you therefore to be prepared to wait for the publication of Rubel’s book; we will send you a copy on its publication, and maybe you will see there is no reason to change anything in your article – but we will have been in accord with the rules of literary propriety.

PS It is due to a misunderstanding that you think that an error has slipped into the translation of your later. The expression (p. 40, line 14 in number 14) “nous n’avons que faire d’un parti révolutionnaire” is a Gallicism which means “we have no need, we have no use for a revolutionary party” – it is a fairly close translation of your English “we have no use for…” [The anonymous English translation, republished in Viewpoint, has: “In the conquest of power we have no interest in a “revolutionary party” that will take the leadership of the proletarian revolution.”]

Thank you for your August 22 letter. Let me reverse the order of subjects to address regarding the article against Rubel. I read his Pages choisies in the past, but without giving it much attention, even though, in our correspondence, he often introduced ethical assertions and I tried to make him understand what Marxism really meant to say. However, today, reading the article in Le Monde, I became aware that the subject is actually much more important: while Doctor (in French in the text) Rubel, preceded by his reputation as “Marxologist,” gloriously defended his thesis at the Sorbonne, I went back over the old writings of Marx and studied them, and found there an even stronger confirmation of my views than I expected. As a result, I inscribed all this on paper, and, supposing that such fairly specialized theses would lead to publication, I added an extract from the newspaper. But I’m in agreement with you that all this is totally insufficient as a basis for a critique… so I’m going to ask Rubel if – and when – his thesis will be published. In these conditions, only the first part of my article needs to be replaced with another introduction. The subject itself, the really scientific character of Marxist theory, is for me more important. The question of the prediction of the future, which has engendered numerous discussion and much confusion, is connected to it.

As for your other point, concerning the publication of my June 15 letter, it was not my intention to see it published, or rather I had never thought while writing it that it would be destined for publication; if I recall correctly, I did not take much care in writing it. If, however, you think that certain passages can bring some clarifications, then I think that you should select some passages, in such a way that my remarks don’t take too much space in your journal. I have the impression that what is said in the book Workers’ Councils could give a larger and more general base. I will send you a republication of one of its chapters which was prepared and published for our English friends in the ILP. As it is, it’s a bit abrupt, since the argument is based on the preceding chapters, which are absent. The ILP comrades apparently seem to have thought that starting a discussion of the revolution could turn out to be a good remedy for passivity and the absence of a revolutionary spirit among English workers.

I have the impression that our positions on the action of the proletarian class are diametrically opposed, each of us putting the emphasis on a different aspect. In these circumstances, there are always individuals who distinguish themselves in terms of courage or clarity of analysis, be it in speech or in action. All these individuals form a de facto vanguard, which we can see born at the heart of all movements. They become de facto leaders, can contribute to the development of the activity of the masses, and, by virtue of the breadth of their view, can give good advice. When they join together in small groups or parties, with well-established programs, their fluid relations petrify. So, as ex officio leaders, they take themselves for bosses and want to be followed and obeyed.

From another angle, we see that, in all mass or revolutionary actions, a strong common sentiment arises, which is not entirely conscious (as the fluctuations of action prove), but is based on concrete conditions and permits the unity of action necessary for positive results. In such circumstances, the leading personalities lose all importance. True gains, true progress, real and durable, are made when the whole class, the working masses, change profoundly, break with their servility, reinforce their independence, their confidence in themselves, by the sole virtue of their own activity, on their initiative, and not in putting themselves in the tow of others. Between these two points of view, the practice of class struggle can assume numerous forms, intermediaries, or combinations.

One last remark on mass actions. Considering the contemporary conditions of life in our developed societies, it can seem (and it is largely accepted) that such actions are more and more impossible and useless. Impossible because of the enormous development of the power and violence of governments, supported by large capital (if an industrial region falls into the hands of laborers, a simple atomic bomb would suffice to destroy it). Useless because the conditions of life and work, as well as the political rights, of the working class never cease to improve (cf. the United States)… And yet we firmly believe that the menace of destruction and misery that capitalism has made weigh upon humanity is stronger than ever. The form is today global war, which menaces the whole population, intellectuals, teachers, and workers (the latter forming the majority). That’s why mass actions will become more necessary than ever and will lose the strict class character that they had in the past (Belgium, Russia). It’s the only way the masses can affirm their will concerning their lives.

And yet, this is a subject that is never addressed in political discussions, or the press, no more than in socialist publications. Is it from fear of being identified with Russian communism? Or, rather, the fear that all groups with claims to leadership have of seeing the working masses taking action in their own hands?

was an astronomer and one of the founding theorists of council communism.

was a member of Socialisme ou Barbarie and the author of The Imaginary Institution of Society.