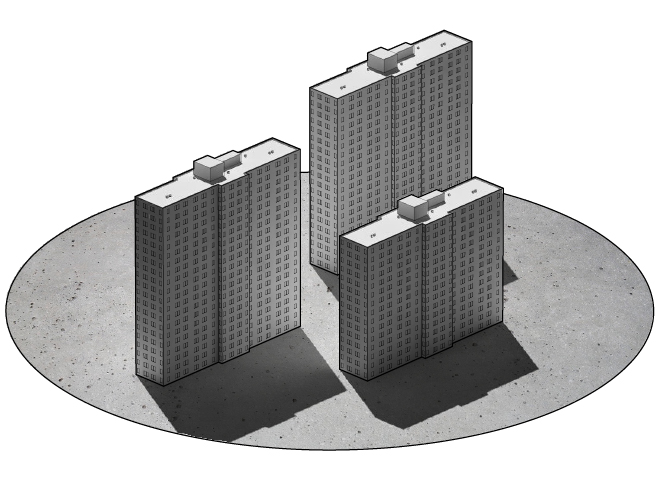 This interview was originally published by Commonware on September 10, 2013.

Commonware: Let us begin with the situation in the logistics industry in Italy. You have highlighted a few times how Italian businesses invest little in innovation, information systems, automatic storage systems and networks, and rely instead on the hyper-exploitation of low-skill labor, or those paid as though they were low-skill even if they have medium or higher levels of education (think of many migrants) – to give a snapshot of the paradigmatic traits of Italian business. How do things stand now in the logistics sector in Italy? What is changing in terms of innovation in this sector?

Sergio Bologna: I do not think that anything has changed, notwithstanding some expansion, in some parts of the country, of warehouses and logistics platforms. 1 The expansion is often illusory because it is often a matter of moving from pre-existing locations. In the last three years, logistics companies that had their warehouses outside an interport, or were previously in an interport but left because it was cheaper elsewhere, have transferred to the Bologna and Padua interports, for example. ((Translator’s note: an interport can be defined as “a common user facility located in the hinterland of one or several seaports where services are available to carriers and shippers such as transshipping, customs clearance and inspection, temporary storage, tagging, and sorting,” Sten Thore and Fedele Iannone, “The Interport: A Logistics Model and an Application to the Distribution of Maritime Containers,” International Journal of Information Systems and Supply Chain Management 4, no. 4 (2012).))

Today the prices of warehouses of excellent quality, for sale or rent, are sometimes equal to or even lower than the prices in the less modern warehouses of a few years ago. The crisis is really about the unwillingness of managers or buyers to accept certain prices, and in particular the unwillingness to enter into long-term contracts, so that the owners of the property live with the anxiety of seeing the warehouse empty after a year, forced to go in search of a new tenant. Therefore, the opening of new platforms or new warehouses often coincides with the closing of others, abandoned because they are obsolete. The warehouses of class A, class B, or C correspond to different markets. In addition, you need to keep in mind the different roles of the key figures of this market, in particular the so-called “developers,” who represent a crucial link between landed property or real estate and the actual user, the one who manages the inventory on behalf of the company or on behalf of third parties. In this situation, although the market is not as stable as in certain industrial sectors, it is difficult to imagine that the lessee or purchaser of a warehouse would make the costly investments in advanced technologies – except for some market segments, such as pharmaceuticals and automobile manufacturing, where it is inevitable. So continues the intensive exploitation of the workforce.

Logistics is an industry with a highly complex organization of production and labor. Bearing in mind the extreme differentiation of what we call the logistics system, what are the main forms of labor that keep it running? In which nodes and particular links in the chain is valorization concentrated?

Before we talk about work, you must have a basic idea of ​​which sectors we call logistics. First of all, we should distinguish industrial logistics from distribution logistics. Germany is the world leader, because it has developed industrial logistics to the utmost, with industrial quality standards, thus requiring adequate investment and sophisticated technology. It provides support in the choice of production planning, marketing, and location of production facilities; it provides support in the selection of suppliers, and sometimes get to have its say in the design of the product.

The other thing is distribution logistics, in turn divided into high-end distribution and low-level distribution, which consists essentially in bringing goods to stores according to a logic and parameters set by the owner of the goods or the manufacturer. There may be multi-client distribution companies that have a financial power much higher than that of their clients, and thus are able to organize distribution, with other value-added services attached, in conjunction with the client, and sometimes according to their own criteria. But there are also distribution companies that simply collect the cartons or pallets and deliver them to the point of sale. Logistics can never be understood from outside the warehouse, only by coming inside and looking at the techniques employed, the equipment and the organization of work does one understand if we find ourselves faced with something that belongs to the new economy, in the real sense of the term, or that resembles the sweatshops of Bangladesh. 2 There is therefore no organization of standardized labor with specific figures, because every commodity sector has its specificity in industrial logistics, and because in distribution logistics, not all goods are subject to the same treatment (think only of perishable products, the cold chain 3 or dangerous and toxic products). Speaking in the generic sense of “logistics” does not lead us anywhere. We have to start with the fundamental distinction between distribution logistics and industrial logistics, we have to identify the different industrial sectors that require a specific logistics, being careful to distinguish the internally organized phases of the cycle and those that are outsourced, assigned through outsourcing to a specialist. Then you have to deal with distribution logistics with its characteristics for specific products, always remembering that the three basic components of a logistics cycle are: the management of orders, warehousing, transportation, with the last two covering at least 50% of the total cost. It should be a labor of in-depth investigation. Out of 40 or 50 logistics companies established in an interport as big as Bologna you can also find 40 or 50 different models.

The last few years, especially the last one, have witnessed in Italy what can be defined as a cycle of struggles of logistics workers, in particular migrants. They fight against the cooperative system, 4 which – as you’ve pointed out – constitute a system of blackmail and hyper-exploitation, and are born and die quickly and in a fraudulent way. These cooperatives are often permeated by or use parts of organized crime and the Mafia. What weight do you think these struggles have?

I do not know if you can speak of a cycle of struggles yet. However, they were very important because for the first time they unveiled this sector which is little-known and much discussed (almost always inappropriately). What they have achieved, I don’t know. In some places they haven’t moved anything – with this absurd idolatry of the market elements of incivility have rooted themselves so deeply, even in some unionized quarters, that one part, small I hope, of the diverse world of the counterparty sees the solution only in violent repression. One part, which is the majority, thinks it can get away with declarations of intent, memoranda of understanding and conferences; another side – aware even before the strikes of having taken things too far – sees that it has to change its tune. Unfortunately, the general background conditions are not favorable. The Letta government is a real disaster from this point of view, worse than the Monti-Fornero government, not only because he lives under the blackmail of Berlusconi and is apparently even happy to endure this blackmail, but because in this way he can make reactionary policy, which is now in the Democratic Party’s blood. But why does he continue to think that only flexibility at entry raises employment, repeating the mistake made by all governments from the Treu Law onwards. 5 He therefore legitimates the exploitation of the labor force and does not open his mouth on the issue of legality. As for the logistics interests in the governing party, about which he talks plenty, it is clear from the unfortunate choice of the Municipality and the Province of Bologna to sell their controlling interest in the Bologna interport company, a public company that was useful and which will be sold for a pittance to an on-call real estate adventurer. The profits were not reinvested; they preferred to fall back on being indebted to the bank (to make some banker friend happy?). Thus, the interport finds itself with an exposure that eats all the profits, with interest. A clearer display of the ignorance of a local ruling class is hard to find. Therefore, the struggles in this key area will raise the bar, will have to involve the world of transport, will have to create a wide front, otherwise they will end up being crushed.

– Translated by Salar Mohandesi. The trans­la­tor would like to thank Asad Haider, Evan Calder Williams, and Anna Curcio for check­ing the draft.

participated in Potere Operaio and Primo Maggio. He now works as a freelance consultant on transportation and logistics.