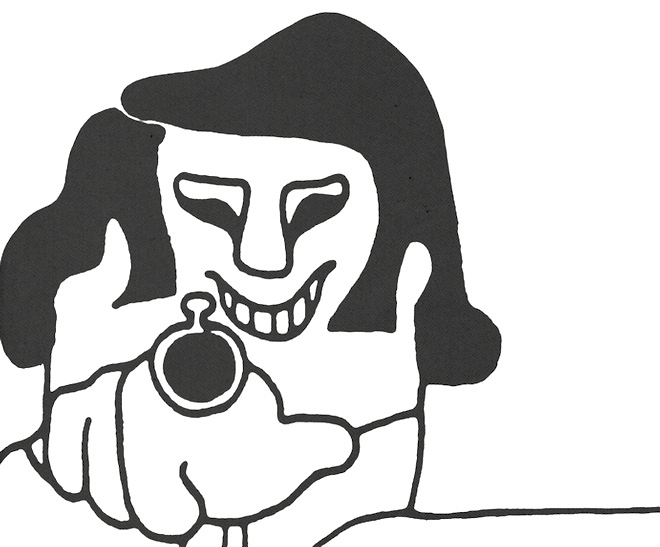 It’s a song, improbably enough, about the Kondratiev waves, a model for marking long temporal cycles of capitalism. We can hold a rigorous examination of the accuracy of Kondratiev’s schema to the side for a moment, as consistent periodization of capitalist accumulation cycles, while interesting, doesn’t get us very far into the song. What is far more compelling is Stereolab’s own theorization of capitalism: as a loop.

Pop lyrics so often focus on individual moments, but this is something else, nothing short of the grand sweep of modern history. Or perhaps not “sweep,” but its oscillation: rounds of accumulation, struggle, and crisis. Capitalism is a circuit, it is cycle built on top of cycle. It is, in some sense, a loop. Stereolab’s sound is itself a kind of sonic map of capitalist periodization: long notes and grooves layered on top of one another, with slight disjunctures, but often eschewing the traditional song structures and melodies of an average rock song. We are listening to something more scientific here.

As she often does, vocalist Laetitia Sadier crams each syllable into a jarring rhythmic pattern that disregards the standard cadence of the words in English. It’s too simple to chalk this up to Sadier being a native French speaker bumbling about a foreign language; rather, I like to think about such stilted prosody as containing its own aesthetic charge. The complexity of Sadier’s language won’t give way to the demands of pop cadence. Instead, she reverses the dynamic: the words are too significant to polish away. A pleasing meter isn’t worth imprecise terminology.

“Ping Pong” is good evidence of Stereolab’s Marxist outlook (though they are often cagey about this), and an easy one. But the group explored similar themes earlier, in a more direct and rousing way, on the group’s 1993 album Transient Random Noise Bursts With Announcements, with some of their heaviest riffs. I’m talking about “Crest.”

The lyrics here are simple, but powerful, and repeated again and again.

Sadier’s disinterested tone presents some basic historical materialism: no system, no custom, no mode of production is inscribed in nature or in eternity. This basic premise is often the first stepping stone to developing a critical perspective on capitalism: to denaturalize it in order to demystify it. In other words, there is, always, an alternative. If it can be built, it can be destroyed.

As the verse repeats, the music does so as well, the same dense chords of guitar and organ. But this is repetition with a difference: things become noisier, increasing into a terrifying squall of distortion and rickety Farfisa. Here the lyrical themes that would later surface in “Ping Pong” – “a slump and war then peel back to square one and back for more” – are realized sonically. This is capitalism lurching from crisis to crisis, returning to the same logic of accumulation – the same notes – but with deeper contradictions and greater violence. If things are, as the lyrics avow, not that out of control, the rest of the song certainly sounds like they are.

And yet in spite of the noise, the vocals never lose their unflappable tranquility. One obvious interpretation of this jarring juxtaposition, of a serene invocation to keep calm and carry on in the face of capitalism’s shambling horror, is simple irony. Such a snicker would certainly fit well with the snark-saturated ‘90s indie rock scene of which Stereolab was a part. But irony doesn’t apply to this song. The singing is serene, steadfast, and sincere.

It here that “Crest” reveals its value to those in struggle today. As capitalism undergoes another round of violent restructuring, as futures evaporate, as global tensions escalate, it’s hard to resist the temptation to throw up our hands, to give in to the storm or to retreat from it. But “Crest” points the way to a recourse, a shelter: the theoretical and political practice that has fought and resisted capitalism at every step, through every slump, war, and recovery, and has unwaveringly defended this core historical principle: if there is a way to build it, there’ll be a way to destroy it.

As new and old generations peel back to square one and open Das Kapital for the first, or the dozenth, time, while workers go on their first, or dozenth, walkout, we see the same principle reaffirmed. Victory is not assured – far from it! – but it is never foreclosed. “Crest” makes the same point that Fredric Jameson does in Valences of the Dialectic: “the worldwide triumph of capitalism at one and the same time secures the priority of Marxism as the ultimate horizon of thought in our time.” Things are not all that out of control.