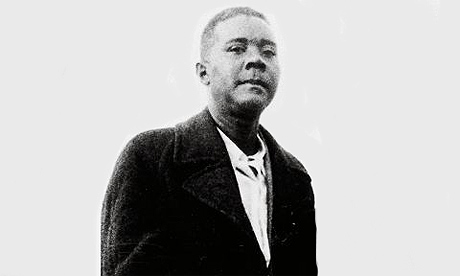 This article originally appeared in the Summer 1981 issue of Urgent Tasks (Number 12), the main journal of the Sojourner Truth Organization, a Chicago-based revolutionary collective active from the late-1960s through the 1980s. They drew inspiration from the likes of C.L.R. James, W.E.B. Du Bois, Antonio Gramsci, and from theoretical-political currents such as Italian workerism. The digital archive of the Sojourner Truth Organization, a fantastic resource that contains many of their pamphlets, shop leaflets, nearly-complete runs of their theoretical reviews, and more, can be accessed here.

“In our neighborhood, we were feeling that we were with the others, with the Ethiopians, with the Spanish,” said Margitt, a rank-and-file militant woman in the Po Valley, Italy, as she recalled the mid- 1930’s. 1 More or less at the time when Margitt and her comrades were debating the burning issues of those years and printing illegal leaflets in the basement of her house, C. L. R. James heard George Padmore knocking at the door one night in 1934, on his last journey back from Moscow. 2 The re-establishment of harmonious relations between Stalin and “the grand democracies” had left no room for those like Padmore who had devoted all their energies to build an internationalism comprehending anti-colonial struggles.

The dawn of this century was a strange time to be born at: too late to be part of the first world war generation, too early to be part of the second world war generation. In between lay the vast gulf of the 1920’s and 1930’s, with the profusion of revolutionary activities in the name and for the sake of socialism in one country. That dedication burned out a large part of a generation of revolutionaries who would more often identify with foreign lands than with their native grounds as potential crucibles for deep social change. Born at the beginning of this century, C. L. R. James was among the few intellectuals of his generation who avoided the easy trap of transferring allegiance to distant Central Committees. In the organization of the African Bureau and in the agitation and propaganda against the Italian invasion of Ethiopia, in projecting the long trajectory of the Caribbean fight against imperial domination into the future, and in forcing a new debate on “the Negro question” in the United States, he was able to link the self-activity of the proletariat in the industrialized countries with the self-activity of the proletariat in the colonized countries.

“We want a decent wage. If we get it, we will work. If we don’t get it we will not work…We may have to die for democracy in Java or in Iceland. We can die for 30c an hour here first.” 3 In the late spring of 1942 so demanded a pamphlet that C. L. R. James wrote under the dictation of the protagonists of the sharecroppers’ strike in Southeast Missouri. It was an early example of the resistance to the no-strike pledge, a few months ahead of the United Mine Workers wildcats that would set the pace to the collapse of the tight regimentation of the working class that the U.S. state and the union bureaucracy intended to enforce throughout the war and postwar reconversion. A few months later also, in February-March 1943, the working class in Turin struck production on a scale that had been unheard of in fascist-dominated continental Europe. The workers in Turin took action against the most vicious war machine that had ever confronted an urban proletariat in the West. Today no historian would dispute the notion that those strikes decided the fall of Italian fascism in July 1943. The consequences were far-reaching:

The first eyewitness accounts from Germany on Berlin’s reaction to the fall of Italian fascism reveal that the Reich capital experienced its most troublesome day since Adolph Hitler assumed power…Numerous Italian metal workers in the Siemens-Schuckert plant took the lead in the Monday pause to celebrate the news, just announced by the Reich radio, singing the Internationale. Their German fellow-workers joined in…In the afternoon illegal tracts appeared as from nowhere.… In the working men [sic] slums in Wedding and Moabit such inscriptions abounded as “Hitler dead, Berlin stays red.” 4

It was the sign of the tragic clash between the potential of human liberation inherent in such revolts as in Southeast Missouri, Turin and Berlin on the one hand and the iron cage of the Yalta diktat on the other that inspired small groups of Marxists throughout the world to rescue the universal experience of the proletariat during and after world war two from the fangs of the cold warriors in the whole range of their livid colors. The convergence of the self-activity of the masses against exploitation with the contribution of dedicated intellectuals in legitimizing such self-activity took unique features in the United States in the 1940’s and 1950’s under the leadership of C. L. R. James, but was not a trait unique to the United States in those years. For those like me who discovered Marxism later, journals such as Labor Action and Correspondence provided a glimpse into the debates of those years. What is less easily perceivable today is the intensity of their reflection and anticipation of future developments, their setting an example of agitation and propaganda to other countries and other groups, their boldness in sizing up the conditions of the working class in the U.S. and elsewhere in light of working class needs, and not of ossified bureaucracies:

And in anticipation of Montgomery, Alabama:

When you get on a bus, do you know how it feels to be told to go to the back when there are plenty of seats in front? 6

The Berlin workers’ revolt of 1953 and the Hungarian Revolution of 1956 did not take the most alert participants to postwar proletarian politics by surprise. What the workers in Budapest had accomplished for all of those who had stuck to resistance against state and corporate exploitation was now clear: the dissenting voices in the European left and throughout the world could now be listened to while the most brutal traits of Stalinism were retreating to the background. This was the time when tiny groups and individuals in Southern Europe discovered and read “the American comrades” — two words that at long last it was possible to put together again — “the American comrades” who contributed to Socialisme ou Barbarie. It was a time when discussion started about Danilo Montaldi’s translation into Italian of Paul Romano’s The American Worker and Daniel Mothe’s Journal d’un Ouvrier. The conditions of the working class looked strikingly similar throughout the so-called First World — and, we argued at that time, it could not be dissimilar in the Second World. State capitalism was a living category whereby we could relate in solidarity to the people who were bearing the brunt of the opposition to “actuated socialism.”

The spring of 1968 may have been a difficult season for what would later be known as the Italian extra-parliamentary left, but after the April strikes at Fiat the battle for an alliance between workers and students became possible to both sides. Now on a mass basis, this alliance was still developing along the pattern worked out in Detroit in the 1940’s. C. L. R. James was at the center of the conference on liberation in London in the summer of 1967, once again ahead of the European events that would unfold months later at an accelerating speed from France. Having been a protagonist in the struggle for the demise of colonialism, it was now possible for him to rebuild the bridge between different sections of the proletariat in the First World and the Third World by looking at the Black movement in the United States as the main reference point. McCarthyism had dealt its sharpest blow when it had succeeded in expelling C. L. R. James from the United States. It was the Black movement of the late 1960’s that brought him back, and it was that movement that provided inspiration and guidance to groups and individuals in Europe. The first interview abroad to the League of Revolutionary Black Workers was published in Potere Operaio around the same time when Black Jacobins appeared in an Italian translation. The publication of Black Jacobins led to some radical rethinking not only of world history and world accumulation but also of the very notion of imperialism, class, and social formation. The interview of the League to Potere Operaio led to more than the well-known slogan of Potere Operaio: “Turin, Detroit, Togliattigrad, class struggle will win.” It signalled the death knell of the isolated within the narrow confines of the official left’s “Italian road to socialism.”

“Only connect,” opening up channels of communication internationally, this is at least as urgently on the Italian agenda in the 1980’s as it was in the early 1960’s — in spite of a new dimension of massive arrests, authoritarian threats, and attempts to atomize collective interests. “Only connect” remains the working class keynote. It spells the name of C. L. R. James.

is a veteran Italian activist who lectures on international migrations at the University of Padua. He was a co-editor of the journal altreragioni as well as Primo maggio. His publications include Migranti nella tempesta (Verona: Ombre corte, 2003) and "The Transgression of a Laborer: Malcolm X in the Wilderness of America," Radical History Review, no. 55 (1993). He is co- editor, with Devi Sacchetto, of Un arcipelago produttivo. Migranti e imprenditori tra Italia e Romania (Rome: Carocci, 2007) and a contributor to Pier Paolo Poggio (ed.), Comunismi eretici. Vol. 3 (Milan: Jaca Book, 2013).