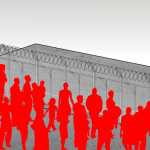 When we consider the question of surplus populations from the point of view of the feminist literature on social reproduction, we see that migrant women do not constitute a surplus population in Europe, but rather a “regular army,” which is totally necessary to capitalist production. While the widespread debate around surplus populations rightly highlights unemployment as a cause of migration, it runs the analytical and political risk of obscuring the fact that most migrant women do not take the jobs of others, and are waged rather than “superfluous” in their countries of arrival since much of the socially reproductive activity in the Global North has become commodified. 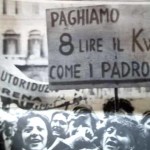 In some ways, our renewed focus on social reproduction shares interesting parallels with the “Italian Revolution” of 1968-1980, the most radical upheaval in postwar Western Europe. For while originally firmly anchored to the struggles of the factory proletariat, many movements began to wage a multitude of struggles beyond the point of production, developing class power on what was called the terrain of social reproduction.