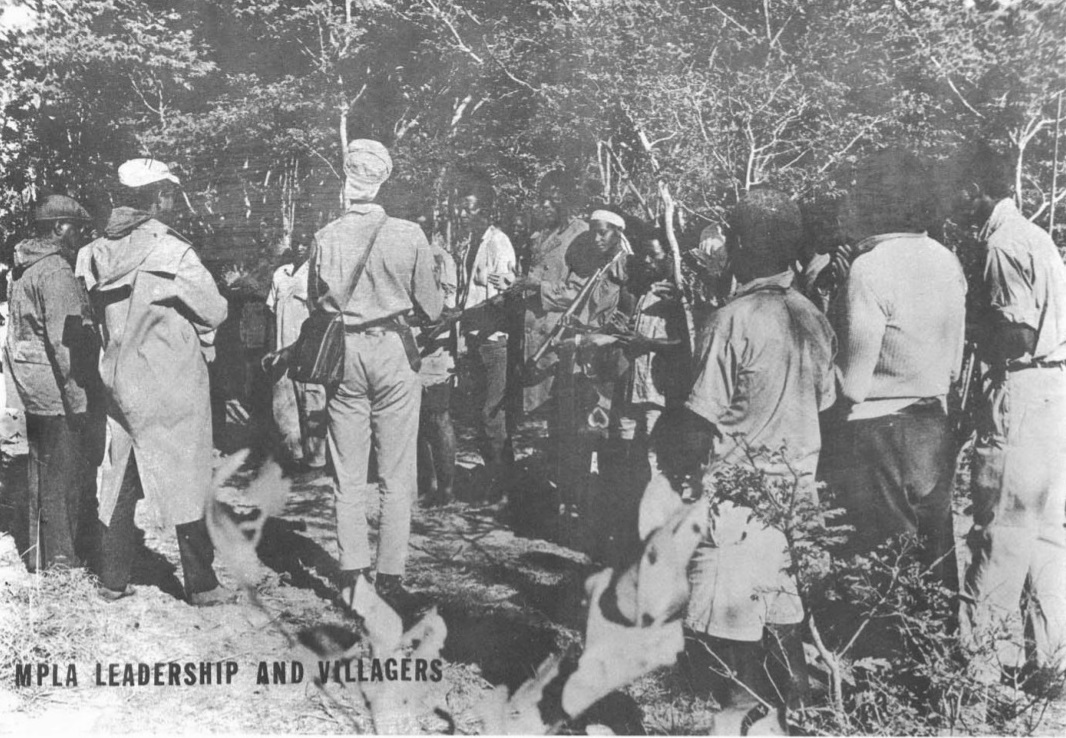 I would like to come to the situation in the U.S. and to look at the types of responses, and to look at what I consider to be some fairly horrendous mistakes which were made by certain forces in this country in their approach to the Angolan question.

But I think we can dismiss that as an aberrant phenomenon – as the expression of a particularly reactionary and unresponsive force within the black American political environment. So we should really concentrate attention on those elements that are serious. With serious people, one engages in serious debate. And I think there were a large number of serious people throughout the Afro-American community [who supported UNITA] when they should have been lending uncompromising support to the MPLA [People’s Movement for the Liberation of Angola] at that particular historical juncture.

It was immediately obvious that there was a startling coincidence – a startling convergence – between the positions of certain individuals who call themselves progressive, revolutionaries, and who in fact regarded themselves as the essence of revolution – yet their positions converged with that of U.S. imperialism. And this amazing historical convergence needs to be understood.

I assume that there are elements within the audience who took that position, and I’m not going to engage in any abuse of those elements. I am simply going to say I believe the position was historically completely incorrect. I will indicate how I believe that error took place.

The first thing is UNITA gained a certain popularity in this country in the very late sixties and the early seventies, particularly in the period of the rise of the African liberation movement, and the like. I was following the process, so I know that they were becoming more exposed and more popular in this country. And that they used certain very opportunist political tactics and techniques. They simply appealed to the growing black consciousness by saying, “Inside of Angola we stand for the elevation of the black man to a position of dignity and rule, and the MPLA stands for the elevation of whites and mulattoes over the indigenous African people.” That was the standard line in the late sixties and early seventies.

And they would then say, “Look at the MPLA. It has so-and-so, who is in its executive, who is a white, who is a Portuguese. It has so many mulattoes who are on the Central Committee, it has so-and-so who is married to a white woman, President Neto, so on and so forth.”

So that is one reason why the UNITA gained in popularity. And when we examine that very carefully, we must of course admit that to declare blackness is a very easy thing to do. I mean the same character who was mobilizing black mercenaries was also in the forefront of declaring his blackness – and he would call himself Garveyite, and so on and so forth.

To declare for blackness is one of the easier things to do. Once one – uh – recognizes the opportunities inherent in that situation [laughter].

But surely we need to go further than that. We need to examine, firstly, whether the reality in Angola was the reality as portrayed by UNITA. We need to go further and ask whether the historical experience of Angola could be so easily assimilated into the historical experience of black people in the U. S. that Afro-Americans should run to make a judgment on Angola on the basis of some knowledge they had that so-and-so was married to a white. Or that so-and-so was a mulatto.

Because the central understanding that we must reach is that any situation must be examined on its own historical merits. What is called “race” in the U.S. is not the same thing as [what] might be called race in Angola. In fact, in this country, those who are all called black, or used to be called Negro—if they went to Angola, they would be distinguished, many, as mulattoes. If we want to understand Angola and the complex of the relationships between social strata and race, etc., we must then understand Angola. We cannot sit in Washington or in Detroit and imagine what we are seeing around the block is Angolan society.

And this seems to me to be one of the mistakes which the brothers made when they tried to transform a very simplistic understanding of black-white relationships in the judgment of whether they would support the MPLA or support UNITA.

The second and more widespread factor, and one that ultimately proved to be most decisive [for many black progressives], was the notion that UNITA was a Maoist movement. And these left forces who [opposed the MPLA] were moving from the starting point of supporting Marxism-Leninism, Mao Tse-Tung thought.

In their own words, they have a vision and an analysis of contemporary society wherein they identify as the principal contradiction that between the two superpowers. They argue further that the more dangerous force is Soviet socialist imperialism, because it’s more covert, it’s more subtle, and because it ultimately can be more powerful, since capitalist imperialism is on the wane. And therefore, in a situation in which the Soviets are involved, one has to take a stand on the opposite side.

Now, what is my disagreement with that position? I shall not go into all my disagreements, because I do not want any sort of global confrontation. I am not in favor of trying to resolve all the problems of the world at the same time, in a single stroke. So that I’m not going to attempt to deal with that postulation about the principal contradiction and its implication.

What we are going to ask is how does that relate to Angola with its specific characteristics. If someone holds that belief as a sincere revolutionary tenet, when that person approaches Angola, how is it that such a belief ends by placing such forces on the side of those who have for 500 years oppressed the African people?

What explanation does such a person give to the Angolans who have been engaged since 1960 in armed struggle against the Portuguese, against NATO, who, at the end of that struggle found they were faced with the South Africans and with an escalation of U.S. support to the so-called liberation movement which had been harassing the genuine freedom fighters for many years?

So that from a dialectical perspective and a scientific perspective we struggle and work to discover the correct line. It is only from a theological perspective that one knows the correct line because of revealed truth. And it seems to me that the limitations of that position were very clearly revealed in the Angolan situation. I have not seen a single analysis from forces claiming that they had the “correct” line, which meant opposing the Soviets – not a single analysis of what was going on inside of Angola. It was purely external. And I do not believe we can proceed on that basis.

This is an excerpt from “The Lessons of Angola,” a speech that Rodney delivered at Howard University on April 22, 1976, just a month after South African troops had withdrawn from Angola after their first unsuccessful invasion. It was originally included in the anthology No Easy Victories: African Liberation and American Activists Over Half a Century, 1950–2000, ed. William Minter, Gail Howey, and Charles Cobb Jr. (Trenton, NJ: Africa World Press, 2008), 139–42. The editors of No Easy Victories and Africa World Press have generously made the compiled texts available online. The text reproduced above can be found here.

(1942-1980) was a Guyanese historian and socialist, author of How Europe Underdeveloped Africa.