is an underemployed researcher living in Manchester, UK. He recently co-authored an article in Occupy Everything! Reflections on Why it's Kicking off Everywhere, and is a member of Plan C. 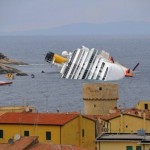 The future is over. This is the central, bold, and stark claim that Franco “Bifo” Berardi makes in his latest book After the Future. Time will continue onwards, but our collective and personal belief in a better future appears to have collapsed. This is a claim made all the more terrifying by its instinctual resonance. After several more years of austerity and crisis, the Invisible Committee’s rather grandiose claim that “everyone agrees that things can only get worse” appears to be meeting history and moving from the realm of polemical theory to common sense. The modernist dream of unending development has shattered. While the markets remain uncertain of future growth prospects and state administrators vacillate between austerity and neo-Keynesianism, the rest of society seems to be in a state of paralysis, punctuated by outbursts of disorganized rage, such as the riots witnessed in various British cities last summer. Bifo claims we are experiencing the rapid decomposition of the European working class through the intensification of precarity, widespread unemployment, and widespread depression. Hyper-exploitation, hyper-tension and the receding hope of a modest pension are the only things left for those still working in the Prozac and caffeine-fuelled economy of the twenty-first century.