teaches in the School of Communication at Simon Fraser University. He is the author of Language Put to Work: The Making of the Global Call Centre Workforce, which won book of the year awards from the Canadian Association of Labour Studies and the Canadian Communication Association in 2018. He has translated numerous works by Italian scholars, including Gigi Roggero, Giovanna Maria Dalla Costa, and Franco Berardi (Bifo). 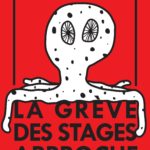