is an editor at New Left Review, and the author of The Enemy and Antagonistics. He is a professor in the History of Consciousness department at UC Santa Cruz. 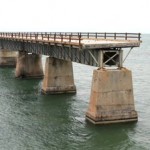 Just as we clearly see that Marx’s economic thinking arises out of a critique of classical political economy, and that in turn was made possible by a prior critique of idealist philosophy, we also have to see the problems of revolutionary politics that Marx is addressing as a critical engagement with the past history of political thought. There are specific category problems, as well as intertwined historical subject matter in an engagement with that side of Marx, and Marx’s own engagement with this lineage of thinkers – Hegel as a legal and political thinker, clearly, but Hegel’s thought as a culmination of a tradition of legal and political thinking going back to Aristotle. That’s something which has been underscored by others in the Marxist tradition, you could think of Althusser and Colletti, who also had works which were explicitly about the political writers before Marx, who in some way introduce or delineate the problems of politics and history that Marx will subsequently take up in his accounts of the class struggles and civil wars of the times that he was living in.