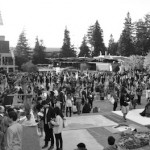 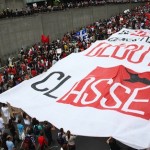 It took a little while for the student struggle in Quebec to gain traction with activists outside of the province. The strike began in February, but it probably wasn’t until late March that activists in Ontario paid it much mind, and not until late April or May that large numbers of people began pouring across the borders into Quebec to demonstrate alongside the Quebecois, to talk to Quebec activists, and to learn from their organizing tactics and struggles so that we could push the movement beyond the confines of the Francophone province and into the rest of Canada. 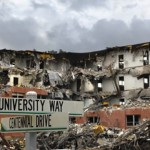