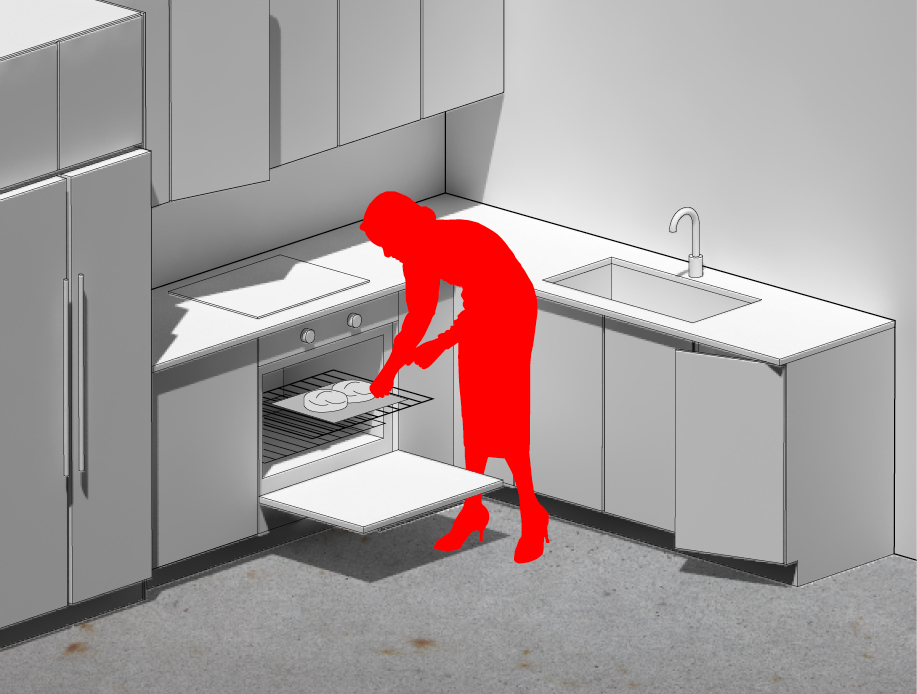 The contemporary American left press often discusses the 1970s Italian feminist arguments for the productive character of housework. However, this argument had already been made somewhat closer to home. In 1936 Communist Party USA fellow traveler and eventual member Mary Inman, who had roots in Socialist Party and IWW milieus, wrote a large manuscript reviewing anthropological theories of sexual difference, popular discourses around femininity, and the economic role of housework. The manuscript was rejected by the CPUSA, but portions were serialized in the San Francisco-based daily People’s World, and eventually published in book form in 1940’s In Woman’s Defense. Its theoretical conclusion was radical and explicitly stated: “We come then to see the social importance of 22 million housewives’ work, and its present day relation to the production of commodities. And we see how erroneous is the belief that the housewife became unimportant to the system of production when the home mainly ceased to be the place of production it once was. We say mainly, and not entirely, because the most valuable of all commodities is still produced there: Labor Power.”

While Inman’s theory was articulated in the language of the Popular Front, with a strong emphasis on middle-class women, it nevertheless sparked a bitter debate, opposed in official CP polemics by Avram Landy which insisted that women had no special interests beyond gender-neutral socialism. The remainder of Inman’s book, along with a counter-polemic, was published as Woman-Power in 1942, followed in turn by Landy’s 1943 Marxism and the Woman Question. Completely marginalized by the CP, from which she eventually resigned, Inman envisioned a new organization for women called the “Union of Labor-Power Production Workers,” and participated in the “anti-revisionist” movement that split from the Party in the late 40s. In an extraordinary 1949 pamphlet called 13 Years of CPUSA Misleadership on the Woman Question, Inman drew lines of demarcation that had been blurred in the earlier period, exposing the complicity between economic reductionism and identitarian reformism in the CPUSA. By effacing the economic role of women’s work and naturalizing the social phenomenon of motherhood, the Party reduced the mass “struggle against capitalist oppression of women” to the ideological contestation of “masculine superiority.” Socialism, cut off from the agency of working-class women, became little more than an abstract policy to be implemented from above in alliance with the progressive bourgeoisie, including bourgeois women’s organizations.

Inman continued to elaborate on these themes up to 1964’s The Two Forms of Production in Capitalism. We present here an essay from In Woman’s Defense.

The Housewife’s Role in Social Production

Workers of no other group have had their importance so ignored and denied as present day housewives.

Because productive tasks once performed in the home are now performed elsewhere, the housewife’s work now is under-rated to such an extent that she is considered in certain quarters to even be living in ease and parasitism.

Adding to this erroneous notion, and appearing to support it, is the fact that the 22 million housewives who work only at home and do all their work have no earnings or income of their own and must depend upon their food, clothing and housing being bought with money earned by their husbands.

Now this support a husband gives his wife comes out of production, and if she is not useful, in fact indispensable to the owners of industry, why do they permit 22 million women to subsist on the proceeds of industry? They could not possibly be unaware that these 22 million women, not directly productive, are out there.

And this owning class is noted for its ability to exploit the balance of the population in some manner. So insistent are they that persons work for them that they even hound those they refuse to employ, because they are unemployed, as the bulk of the vagrancy cases bear witness.

Why then do not the paid propagandists of this owning class attack this arrangement of 22 million housewives being maintained out of the proceeds of industry, instead of lauding the arrangement and surrounding it with moralistic robes?

One very striking peculiarity of certain trends of theory about woman and what is called woman’s work, is that this work has been described and then elsewhere, generally apart from it, broad generalizations have been made referring to woman’s subjugation being a part of the system of exploitation of human labor, but these two things have not been adequately connected.

It is somewhat as if the woods were described and in a separate section the trees were also described but the whole matter was left in such a disconnected shape that neither seemed to have any relation to the other; the trees did not appear to be in the woods and the woods were not a collectivity of trees.

The labor of a woman, who cooks for her husband, who is making tires in the Firestone plant in Southgate, California, is essentially as much a part of the production of automobile tires as the cooks and waitresses in the cafes where Firestone workers eat.

And all the wives of all the Firestone workers, by the necessary social labor they perform in the home, have a part in the production of Firestone Tires, and their labor is as inseparably knit into those tires as is the labor of their husbands.

Anyone can multiply this illustration by the products produced by Republic Steel, Standard Oil, Henry Ford, etc., and always get the same answer, that the wives’ labor is a necessary service in the creation of products in these plants.

The labor of workers in the laundries who wash clothing for productive workers is necessary to the system of production. Maids and porters who sweep the floors, make the beds and tidy the rooms in boarding houses or camps where productive workers sleep and rest, so that they may prepare themselves to return to work the next day, are a necessary link in the productive process.

And in the same way, the labor of housewives in the homes of productive workers who perform the services of keeping clothing washed and beds and floors clean, is also an indispensable part of production.

Persons who work in houses where children are boarded and trained, or schooled, are performing a useful service, and their labor is indispensable to the present method of production and distribution. And for a similar reason, millions of women in homes, who do the greater part of such work, are rendering an indispensable service to the present method of producing and distributing commodities.

If profits are to be made, commodities must not only be produced but distributed. Both production and distribution are complex and are inseparably linked to communication and transportation, and have tentacles that extend into schools and almost every legitimate phase of human activity.

If the man cook in the lumber camp could be held to a subordinate economic position, directly under another worker and required to work, not nine hours, but an indefinite number, from ten to twelve, or more, and be paid nothing directly but have to get his keep from the little extra given the worker over him, and then be scornfully referred to as being “kept,” it is easy to see that his employer would be further enriched by the decreased status and lengthened hours of the cook.

And it is in some such manner that the collective owners of industry, the Hearsts, Rockefellers, Mellons, du Ponts, Fords and Morgans benefit by the cheap labor of the collective housewives and their resultant economic and social degradation. Besides, the wife’s dependence is a means of binding the man too, and of reaching through the parents their subject children.

And what shall we say of the housework middle class women performed under developing capitalism, cleaning, cooking, ironing, scrubbing and washing clothes and dishes? We must consider the work of most of these women as being necessary to the system of production and distribution also.

It is true that some of them hired girls but in many cases where they did, the housewife herself performed a great deal of useful work. It is our belief that the majority of the women of what is commonly called the middle class, did not subsist parasitically upon society, but did socially useful, necessary work.

Why was it useful, and why was it necessary? Because at one stage of the development of capitalism the middle class was an indispensable part of the system of manufacturing and distributing commodities. These persons with small capital investments were useful to the big capitalists, who had not yet gotten around to department and chain stores, and mass production and distribution.

When feudalism was overthrown by capitalism, the new system in the process of revolutionizing production, and spreading over the world, utilized millions of small producers and distributors.

And until the big capitalists had time and opportunity to expand over the entire earth with imperialistic, monopolistic combines and interlocking companies, banks, loans and business interests, hundreds of thousands of little stores and one-man management factories, with the manager often making a hand himself, were required in the United States, and millions more were required throughout the world.

This middle class helped build and develop and present machine system. During the building, the larger capitalists benefited by collecting tribute in the form of rent, interest, taxes and in various other ways from this middle class.

Yet, although this tributed increased in kind and amount with the years, that did not satisfy the big capitalists who wanted ownership in more and more cases and not only wanted ownership but took it.

And in time, monopoly-finance capitalists, with their inside track on politics and increasing power of wealth control, through financing and producing goods and selling them cheaper, practically destroyed the once numerically great middle class.

The small individually owned and operated factories and stores became outmoded and could not compete with ever-growing enterprises not handicapped by small capital investments. Such a method of production and distribution truly belonged to the horse and buggy days, but like the horse and buggy, useful in its historical setting.

The middle class housewife then, who did useful housework for a husband engaged in such work of production and distribution, or for songs so engaged, or for songs who were already, or preparing to become, technicians, engineers or teachers for the capitalists, or for daughters who would become the working wives of men so employed, such middle class housewives filled a socially useful role in their day to day work, and they contributed to the cumulative building of the great factory process that is modern America.

Housewives of both the middle and the working classes helped create this wealth that is America today, and part of it belongs to them by right of toil.