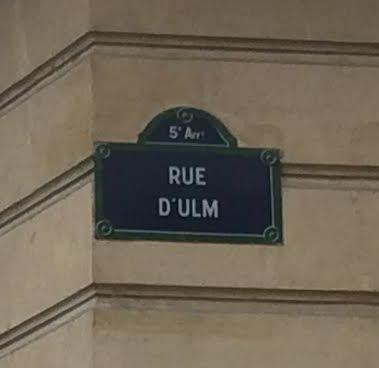 The Louis Althusser archives at L’Institut Mémoires de l’édition contemporaine (IMEC) in Caen can be a bit intimidating to a first time visitor. In addition to holding everything from high school academic awards, to dream narratives, to funeral notices, it encompasses virtually every letter written by Althusser as well as every draft of every book and paper that he authored.

And Althusser wrote a lot. Though the archive reveals fallow spells when he hardly wrote – times that usually corresponded with bouts of depression and illness – these periods are more than balanced out by protracted stints where Althusser was philosophically and politically energized, and where he almost seems struck by graphomania. At these moments, the act of setting to paper his thoughts about Marxist philosophy and about the current conjuncture resulted in voluminous correspondence with such faithful interlocutors as Franca Madonia, Étienne Balibar, and Michel Verret. It also resulted in the drafting of book after book and article after article, many of which were never offered for publication. 1 Some of these texts remain fragmentary, but there are also complete books in the archive, a few of which have recently seen the light of day or have only recently been translated into English. These include Initiation à la philosophie pour les non-philosophes, Être marxiste en philosophie and On the Reproduction of Capital. Other books are forthcoming. In addition to the recently released correspondence with Lucien Sève and seminar notes, each of these publications will provide a much fuller picture of Althusser’s philosophical development and the depth of his activity, engagement, and reflection.

With 2015 having been the 50th anniversary of Reading Capital’s publication, the new editions are not the only pieces in Althusser’s oeuvre that are currently attracting attention. Indeed, anniversary conferences and seminars have been held in Sao Paolo, Buenos Aires, Princeton, Paris, and many other cities. Special issues of Crisis & Critique, diacritics, Les Cahiers du GRM, and a forum in the LA Review of Books have also been released. Finally, newly edited editions of the collective work, which include the contributions of Roger Establet, Pierre Macherey, and Jacques Rancière and that note the variations between the first and subsequent editions, have been or will soon be published by PUF and Verso.

With all the activity around Reading Capital, it is stimulating to report that one of the surprises of the Althusser archive is that audiotapes of the 1964-65 seminar on Marx’s Capital are preserved therein and that they have survived. Further, these recordings are in the process of being digitalized so that researchers might profitably consult them. Now, the curious can listen in on the presentations of Althusser, Balibar, Macherey, and Rancière (Establet appears to be M.I.A.) and see how much truth there is in Althusser’s statement that the written contributions contained in Reading Capital “bear the mark of these circumstances: not only in their construction, their rhythm, their didactic or oral style, but also and above all in their discrepancies, the repetitions, hesitations and uncertain steps in their investigations.” 2

After listening to a few of the sessions that have been digitized, the author of this piece can confirm that, at least in the prepared remarks, there is little variation between that which was read in the seminar room at the École Normale Supériore and that which was published by Éditions Maspero a few months later. However, even if this sample accurately represents the whole, the tapes are worth attending to for at least four reasons. The first is that, along with the written drafts of the contributions to the seminar that are held in Althusser’s archives, these recordings will allow for the most accurate genealogy of one of the most important texts in 20th century Marxist philosophy. The second reason is that these cassettes may contain additional information and discussions that will allow the historian or other interested parties to see how the first auditors of the material received the archly theoretical and startlingly original readings of Marx presented at the seminar. The third reason, and this may only apply to Althusser’s contributions, is that the recordings reveal Althusser as a master teacher. One can hear his compelling speaking voice and feel the rhetorical rhythms which indicate when an important point is being made or when he is unsure of a claim. In addition, some of the asides, tangents, and examples that he gives orally and that did not make their way into the final book provide much more lucid illustrations of the concepts and ideas that he was in the course of developing than does the written work itself. 3 Finally, listening to the tapes is a great aesthetic experience – the atmosphere of the seminar is rendered tangible. 4 After what must have been heaps of work on the part of IMEC’s technicians to bake, transfer, and clean up fifty-year-old analog source material, the digitized seminars give you a feeling of being on the Rue d’Ulm and sitting around the seminar table. On one tape, for instance, the sound of a French National Police siren breaks up the flow of Althusser’s presentation and the listener pauses with him, just as participants in the winter seminar did fifty years ago.

For those interested in auditioning these recordings, the surest bet is to contact IMEC and to obtain permission as a researcher to consult the archives. There is a chance that the recordings will be put online and made digitally available to the public but this has not yet been announced. Once there, one can find the seminars listed in the Althusser catalog under the heading: Lire Le Capital. Séminaire sur Le Capital (1964-1965). The individual recordings are enumerated according to a system that perhaps made sense to their original cataloguer but that give little clue about the date or order of individual presentations. Setting the recordings in order and establishing these dates might be the first work for anyone who wants to work seriously with the tapes. For that future researcher’s convenience, here are the references listed on each of the now digitized cassettes.

Below is an index of recorded talks at the “Séminaire sur Le Capital” in the archives de Louis Althusser at IMEC:

This article is part of a dossier entitled “A Struggle Without End”: Althusser’s Interventions.

is Associate Professor of Philosophy and Chair of Philosophy and Religion at Skidmore College, Saratoga Springs (New York). He is the author of Louis Althusser and the Traditions of French Marxism (Lexington Books, 2005). He has published widely on Social and Political Philosophy, American Pragmatism, and in the Philosophy of the Social Sciences.