is an activist in the Catania NUDM assembly. 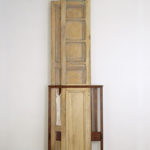 The necessity of rethinking and practicing the strike as a feminist initiative and to share common discourses and claims has been and continue to be the guiding orientation for NUDM organization. Since 2016, local assemblies have been established throughout Italy, coordinated on a national level through mailing lists, Skype calls, and general national meetings. The effort has been to move beyond the simple coalition of already existing organized groups, starting from the feminist strike as a process.