is a senior fellow at the Rosa-Luxemburg-Stiftung. His most recent publication in English is "Reform, Revolution, Transformation" in Journal für Entwicklungspolitik: Socioecological Transformations, Vol. XXVIII 3-2012. 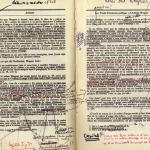 Just as Marx’s Capital can be read in different ways and its theories brought to bear on different things, so too does Althusser’s Reading Capital offer various lessons. 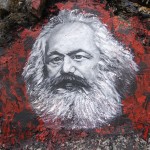 Politics, and in particular democratic politics, is often viewed within political theory as the area in which human beings come together in order to make collective decisions and to become capable of collective action. From this perspective politics is seen – in distinction to the economy, with its power and its inherent necessities – as the sphere of autonomy and freedom. In opposition to this perspective, Marx put forward the view that politics is itself heteronomous and has its share of social unfreedom.