is a member of the Viewpoint editorial collective. 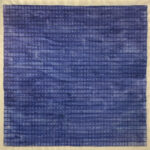 In the last two years, renewed militancy in university struggles has led to both victories and defeats at campuses across the country and beyond. Against the backdrop of continuing academic proletarianization, ever rising student debt, and expanded campus policing, students and workers have nonetheless formed new tactics and solidarities, and forced numerous concessions from university administrations. This dossier presents critical reflections and reportbacks from recent university struggles, indicating some of the possibilities, paradoxes, and challenges of ongoing fights to transform the university. 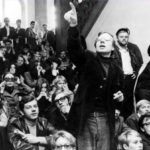 For Anglophone readers, Hans-Jürgen Krahl’s name is most distinctive as a marker for a possible alternative path within the Frankfurt Institute for Social Research. Yet setting aside speculation over varied intellectual genealogies, Krahl’s theoretical work is most distinctive because of the thoroughly conjunctural character of his writings. 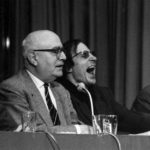 For Anglophone readers, Hans-Jürgen Krahl’s name is most distinctive as a marker for a possible alternative path within the Frankfurt Institute for Social Research. 1 As a leader of the German student movement, Krahl had clashed with the earlier generation of Frankfurt School theorists. While this excludes Herbert Marcuse, who remained steadfast in his support of the student movement, Krahl’s… END_OF_DOCUMENT_TOKEN_TO_BE_REPLACED 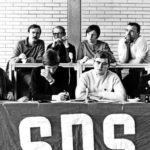 The following interview was conducted on July 23rd, 2017 with Detlev Claussen, Hans-Jürgen Krahl’s comrade in the German student movement, including the Sozialistischer Deutscher Studentenbund (SDS), founded as the collegiate branch of the German Social Democratic Party (SPD). We would like to thank Dietmar Lange for his assistance, especially concerning the relationship between German groups and Italian workerism.  … END_OF_DOCUMENT_TOKEN_TO_BE_REPLACED