was the author of Reading Capital and For Marx. 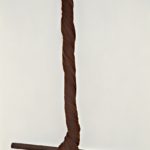 It is in this profoundly political sense that we are forced today, it seems to me, to speak of a theoretical crisis within Marxism, in order to clarify the ways in which it affects what is called Marxist theory itself: and in particular the fact that a number of apparently infallible principles inherited from the Second and Third Internationals have now been placed in doubt. 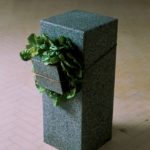 I believe that Marxist theory is “finite,” limited: that it is limited to the analysis of the capitalist mode of production, and of its contradictory tendency, which opens up the possibility of the transition to the abolition of capitalism and its replacement by “something else” which already appears implicitly in capitalist society. 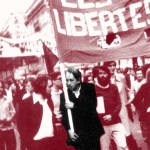 If this recourse to the side of the thought of Marx and Engels is still available to us, unfortunately the same does not go for the communist parties. Built on the base of the philosophy of the Manifesto and Anti-Dühring, these organizations hold only on bases that are all through and through frauds, and on the power apparatus that builds itself in the struggle and its organization. The parties, resting on the unions of the labor aristocracy, are the living dead, who will subsist as long as their material base lasts (the unions holding power in the works councils, the parties holding power in the municipalities), and as long as they are capable of exploiting the dedication of the class of proletarians and abusing the condition of the sub-proletarians of subcontracting. From now on there is an irreconcilable contradiction between the strokes of genius in the thought of Marx and Engels and the organic conservatism due to the parties and the unions.