was an experiment in building a cooperative grad worker labor union, which took place from May to October 2020. 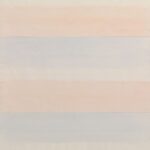 By “cooperative labor union,” we meant an organization that would focus on building the power of rank and file workers by pooling our collective resources and knowledge to further on-the-ground organizing. We were tired of being subordinate to and undermined by business unions that weren’t interested in building the capacity necessary to take militant action and, frankly, didn’t care about our interests as workers. We also wanted to assist new organizing efforts of workers both inside and outside of universities in order to build a powerful working class base that could defend its own interests. The vision was to join workers from multiple Midwestern universities in one union or cooperative labor organization. We hoped to eventually expand to other universities in the region and beyond, and to include adjuncts and service workers as well.