is a writer and organizer based in Brooklyn, NY. 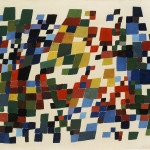 While the idea of social reproduction is most often associated with Marxist feminist literature from the 1970s, considerable work was done around that concept in a wide range of rather disparate bodies of work throughout the 1960s and 1970s. In addition to Marxist feminism, social reproduction became a main focus for Italian autonomists, anti-Stalinist socialist humanists in post-Stalinist Eastern Europe, “anti-humanist” critics of orthodox Marxism such as Louis Althusser and Michel Foucault, in studies on slavery, race, and urban development, and by postcolonial and Third-World feminists.