(1935–1984) was a revolutionary and author from Bolivia. He produced many works including Lo Nacional-popular en Bolivia (1984), El poder dual en América Latina (1973), and numerous theoretical essays on politics, history, and class struggle. 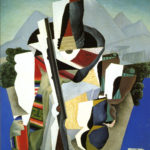 In this work we want to consider the question of the construction of politics in relation to the tension between authoritarian forms and democratic movements, considered in their points of origin. According to a certain Latin American irredentism, there are no national histories. What would usually be categorized as such are only repercussions in this territory of the history of the core countries. Dependency would permanently beget dependency. What is important is to define, however, is the degree of self-determination that a national history can have, the conditions in which a self-determining process is produced.