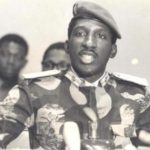 Debt is neo-colonialism, in which colonizers have transformed themselves into “technical assistants.” We should rather say “technical assassins.”

In this work we want to consider the question of the construction of politics in relation to the tension between authoritarian forms and democratic movements, considered in their points of origin. According to a certain Latin American irredentism, there are no national histories. What would usually be categorized as such are only repercussions in this territory of the history of the core countries. Dependency would permanently beget dependency. What is important is to define, however, is the degree of self-determination that a national history can have, the conditions in which a self-determining process is produced.

The problems of Althusser’s text and other recent interventions appear to me to lie elsewhere. What does it mean that “the party must be fundamentally outside the State,” with the clarification that it is “through its activity within the masses”? What does it mean to “tear the party away from the state”? Do we not find here an ideal (and idealist) conception of a party? 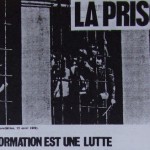 Little information is published on prisons. It is one of the hidden regions of our social system, one of the dark zones of our life. 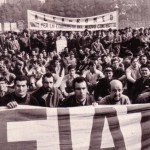 In these reflections, Sergio Bologna surveys the political terrain of the 1960s and 1970s, focusing on worker struggles in the factories, the growing student movement, and the intellectual debates that defined the various radical organizations struggling to make revolution in Italy.