Black Revolutionary Theory and the Peculiarities of American Marxism

The Hilllbillys is hardly a children’s book. The illustrations are raw, and it is a bleak story that carries pessimistic despondency rare to see from movement documents in the era. Harless and Cutler offer a deeply frustrated parable of exploitation and environmental destruction in the Appalachian region. 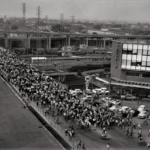 What even the repression in Italy could not cancel was how seriously the so-called “workerists” took the whole dimension of human activity. That was an aspect of what made the extraparliamentary left in Italy different. It already contained, at least in embryo, the claims about who has produced what, who commands what, and who destroys what. 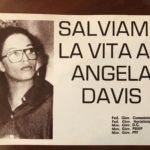 Fifty years ago, Dan Georgakas wrote dispatches on developments in Black Power and New Left movements for European comrades eager to follow the evolving political scene in the United States. Until now published only in Italian in Quaderni Piacentini and in French in Les Temps Modernes, we are excited to offer one of these transmissions in English for the first time. 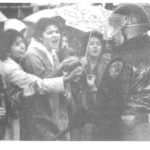 At the height of the Reagan era, 1,000 mainly Mexicana workers waged a successful 18-month strike against Watsonville Canning and Frozen Food, the town’s oldest and largest plant. In the face of the most difficult odds imaginable, they foiled a company effort to decertify their union, forced the plant owner to sell his business to avoid bankruptcy, and then won a contract from the new owner after a five-day wildcat. 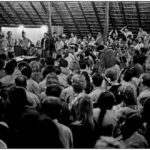 The most basic and costly error of the New Communist Movement was a failure to historically situate their political analysis and adapt their strategies to unforeseen developments. 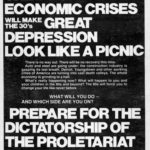 Elbaum wrote Revolution in the Air in 2001 to reclaim the lessons of the new communist movement for contemporary militants who, like their early sixties’ predecessors, became activists when the radical left was fragmented and weak. How relevant is this history and the lessons he draws for us now, in this new period of left upsurge? 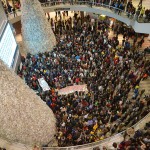 In the first decades of the 21st century, the men, women, and children detained, imprisoned or slain by U.S. police in excessive and grotesque uses of force remain disproportionately black.