is a feminist activist and former sex worker. 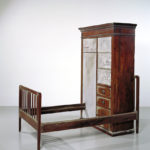 In order to ensure autonomy from parts of the movement more reluctant to this recomposition, working-class layers need to increase their capacity to raise a massive movement, and to draw inspiration from and coordinate with movements abroad. With such an internationalist inspiration, and given the unprecedented opportunity that Macron’s presidency is giving to France’s working class to build new solidarities, the women’s movement has the chance to inject anti-capitalist and internationalist perspectives into the struggle, as decisive contributions to the processes of subjectivation that are already in motion. 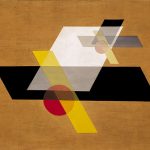 Federica Giardini: In your trajectory there is the experience of being a sex worker, of STRASS (Syndicat du Travail Sexuel), and of advocating against campaigns for the abolition of prostitution. In which ways does sex work occupy the frontlines for analysis, critique, and the creation of new possibilities? Morgane Merteuil: As a sex worker I’ve grappled with different feminist discourses.… END_OF_DOCUMENT_TOKEN_TO_BE_REPLACED 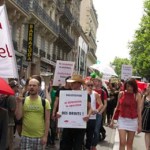 Although the Wages for Housework campaign was launched at the very beginning of the 1970s, it was not until 1978 that Carol Leigh, an American sex worker and feminist activist, coined the term “sex work.” And if the claim for “Wages for Housework” might not have the same relevance today now that a large part of domestic work has been commodified – former housewives who have entered the labor market have partly delegated this work to poorer women, especially migrant women – the claim that “sex work is work,” considering the active and often heated discussions it generates, seems more important than ever in our contemporary moment.