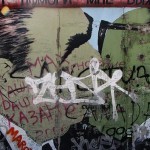 First entry in an exchange with Jacobin, by Asad Haider and Salar Mohandesi: “We all wondered, as we watched Back to the Future, how alternative futures could change the whole universe while Marty McFly stayed the same. Those movies amounted to a Reaganite philosophy of history: the short-circuit between the Fifties and the Eighties which converts every contingent encounter into one reactionary loop, centered on the white man who secretly invents rock n’ roll, seduces his mother, and conquers the space-time continuum.” 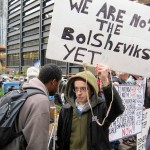 Mohandesi’s picture of a vacillating, conservative, confused Lenin straining to hold together a divided Bolshevik leadership caught off guard by the mature revolutionary upsurge by St. Petersburg’s workers and soldiers during what came to be known as “the July Days” in 1917 is inconsistent with the historical record. Based on his sketch, Mohandesi concludes that Lenin had to catch up theoretically with where the masses were moving practically by “articulating” the “actuality of revolution,” that is, making explicit what was implicit in the angry mass protests that nearly toppled the Provisional Government. Both he and Chretien lead us to believe that Lenin’s book, State and Revolution, and the Bolshevik-led insurrection that overthrew the Provisional Government were the results of Lenin’s reconsideration of the Marxist theory of the state. 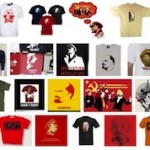 Comrade Lenin is just one in a long line of heroes I don’t know a lot about. He’s the kind of historical character engineered to model, made for a time when revolutionaries pinned up newspaper headshots over their beds and went to bed vowing to wake up and be more like Che or Mao or Gaddafhi or Carlos or Ulrike or Huey or even masked Marcos. The 20th Century saw Communist Parties and partying communists, but both had their icons. We are, however, iconoclasts; some bold sans-serif lulz-text in place of a black line. 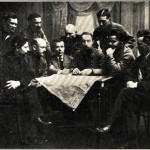 This exchange grew out of a panel that Salar and I took part in at the Left Forum in New York in March 2012 called “State and Revolution: Is Lenin Still Relevant?” Salar happened to speak first at the panel and put forward such a thought-provoking analysis of the relationship between theory and practice, using Lenin’s writing of State and Revolution as an example, that I largely set aside my prepared remarks and decided to address some of the points he raised. What follows is a version of those responses. I will present brief summaries of Salar’s case and then offer some critical responses in numbered paragraphs. 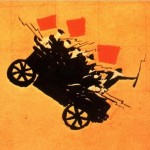 This is a slightly edited version of a talk delivered at the Left Forum on March 18, for a panel called “State and Revolution: Is Lenin Still Relevant?” In the coming weeks, we will be posting a few more articles debating this history and its implications for the present. 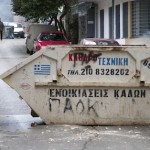 William Brandon Jourdan is an independent filmmaker, journalist and writer. He is currently based in the Netherlands, where is working on a film about reactions to the financial crisis. One of his latest projects is the website Global Uprisings. In this interview, he discusses his video documentation of the last decade’s surges in popular unrest worldwide.