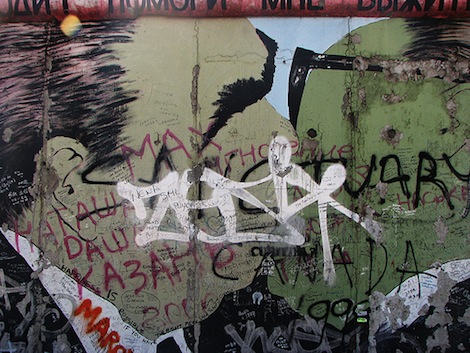 First entry in an exchange with Jacobin, by Asad Haider and Salar Mohandesi: “Is there a Future for Socialism?”

We all wondered, as we watched Back to the Future, how alternative futures could change the whole universe while Marty McFly stayed the same. Those movies amounted to a Reaganite philosophy of history: the short-circuit between the Fifties and the Eighties which converts every contingent encounter into one reactionary loop, centered on the white man who secretly invents rock n’ roll, seduces his mother, and conquers the space-time continuum.

Against this philosophy, we say there’s no point in historical counterfactuals. History is that which is the case; while we start with the premise that history could have happened differently, we can’t escape the fact that the vantage point of our analysis is history that happened the way it did. The twentieth century as we know it might not have taken place; but our world is constituted by its explosions, tragic and ecstatic.

This is why we’re pleased to enter into an exchange with Jacobin, whose logo recalls that we live in the world made by Toussaint L’Ouverture and the Black Jacobins. The reverberations of their confrontation with the colonialist universalism of the so-called “bourgeois revolutions” would be felt throughout the 19th century – just as, in 1848, the Jacobinism of Blanqui would be challenged by the growth of working-class neighborhood clubs.

To talk about the future of socialism, we’ll have to begin with its past. We’ll have to look at the future that past socialists projected – a future that was “guaranteed” by the lingering ideology of the bourgeois revolution – and measure it carefully against the reality.

Be sure to check back at Jacobin for the rest of the dialogue.